Call to All Pastors, Prayer Leaders, Brothers and Sisters in the Lord,

We are urging you to join us in 30 days of concentrated prayer for the U.S. Supreme Court on the issue of abortion.

Even this common-sense health and safety protection measure for women is under incredible assault.  We need to pray for a mighty victory and that the “covenant with death” and “agreement with Sheol “the grave” (Isaiah 28:18) that are Roe v. Wade and Doe v. Bolton which promote and protect the shedding of innocent blood would be annulled and cancelled by the U.S. Supreme Court.

The decision was argued on March 2 and is currently under advisement by the Court and the opinions are even now being written and discussed by the Court.  This is a critical time for prayer.  Before 1992, in Planned Parenthood v. Casey, Justice Kennedy had previously written that Roe v. Wade should be overturned and on the day of the argument, he voted that Roe v. Wade should be reversed.  However, in the months afterwards he changed his mind and switched his vote to allow abortion but also to allow some regulation of abortion.  Any of the judges can change their mind right now, until it is published publicly.

We are calling on all of the pro-life congregations and prayer groups across America and intercessors around the world to dedicated prayer June 1st through June 30th, which is the last day of this Court’s term and the last day that an opinion is likely to be issued by the U.S. Supreme Court.

There is a commandment of the Lord to pray for those in authority which all too often the church gravely ignores, I Tim. 2:1-8.  The purpose of praying for those in authority is so that we may lead “quiet and peaceful lives in all godliness and dignity.”  God hates the shedding of innocent blood and it is an ungodly, undignified way of living that kills human beings.  When the righteous rule the people rejoice, when the wicked rule the people groan.  Proverbs 29:2.  We get the government we deserve and pray for!

Here are some prayer points from now until June 30:

·         Pray for repentance for the Church in America for its too frequent silence and inaction on the issue of shedding innocent blood.  Ask God to change us.

·         Pray for repentance for the Supreme Court on the issue of shedding innocent blood. Read and pray all of the scriptures in the Bible about God’s attitude towards the shedding of innocent blood.

·         Pray and ask for Malachi 4:5-6: “Behold, I am going to send you Elijah the prophet before the coming of the great and terrible day of the Lord. He will restore the hearts of the fathers to their children and the hearts of the children to their fathers, so that I will not come and smite the land with a curse.”

·         Ask the Lord to send repentance preachers to America in the spirit of Elijah and John the Baptist.  Luke 1:17: “It is he who will go as a forerunner before Him in the spirit and power of Elijah, to turn the hearts of the fathers back to the children, and the disobedient to the attitude of the righteous, so as to make ready a people prepared for the Lord.”

·         Pray Isaiah 28:14-22: Therefore, hear the word of the Lord, O scoffers, who rule this people who are in Jerusalem, because you have said, “We have made a covenant with death, and with Sheol we have made a pact.  The overwhelming scourge will not reach us when it passes by, for we have made falsehood our refuge and we have concealed ourselves with deception.  Therefore thus says the Lord God, “Behold, I am laying in Zion a stone, a tested stone, A costly cornerstone for the foundation, firmly placed.  He who believes in it will not be disturbed.  “I will make justice the measuring line and righteousness the level; then hail will sweep away the refuge of lies and the waters will overflow the secret place.  “Your covenant with death will be canceled, and your pact with Sheol will not stand; when the overwhelming scourge passes through, then you become its trampling place.  “As often as it passes through, it will seize you; for morning after morning it will pass through, anytime during the day or night, and it will be sheer terror to understand what it means.”  The bed is too short on which to stretch out, and the blanket is too small to wrap oneself in.  For the Lord will rise up as at Mount Perazim, He will be stirred up as in the valley of Gibeon, to do His task, His unusual task, and to work His work, His  extraordinary work.  And now do not carry on as scoffers, or your fetters will be made stronger; for I have heard from the Lord God of hosts of decisive destruction on all the earth.”

·         Pray for salvation for every member of the Court that does now know God as personal Lord and Savior.

For ongoing prayer for LIFE beyond June 30th, please continue to pray above and also below:

·         Pray that the hearts of the fathers of America would be moved to repentance, towards righteousness, and towards protecting the woman and the child they father.

·         Pray that the hearts of the pastors would be moved to repent of their sin of silence and complicity in the sin of murder and that they would begin to speak out boldly and call their church to prayer and repentance over this issue.

You are also invited to participate in any of the twice daily, 7 days a week conference call prayer until Thursday, June 30, 8-9 am Eastern and 8-9 pm Eastern, using 515-739-1010 and access code 414009#.  Together, let us intercede for the hearts and minds of the Justices towards saving babies lives and health of expecting mothers.  Thank you.

GOING THE DISTANCE FOR US SUPREME COURT: DAY & NIGHT INTERCESSION for THE 8 JUSTICES 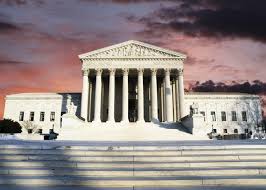 Thank you, thank you, thank you from the bottom of our heart for your sacrifices of love, patience, kindness and intercession!  Everyone has said the united, concerted prayer for the Supreme Court for 240 + 16 additional hours, February 22 - March 4, was wonderful.  In total, combined 3,916 hours were logged in by approximately 700 intercessors across America and beyond.

We have listened to the suggestions of many, and prayed and sought the Lord and we would like to ask you to prayerfully consider joining us for extended prayer for the Supreme Court.

Based on Luke 18 and the parable of the persistent widow which Jesus taught us to show us to “always pray and not give up,” we are asking for His elect to continue to keep on crying out day and night.  We will continue to offer 2 hours of conference call prayer: 8-9 am Eastern and 8-9 pm Eastern every day of the week, until June 30 or until the Supreme Court issues its decision in official writing regarding Whole Woman’s Health v. Hellerstedt, also known as "the Texas case".

We believe this will continue the unity of prayer that God has established as we contend for the hearts/minds for the Justices twice daily using our national prayer conference call line 515-739-1010, code 414009#.  For "Interceding for the US Supreme Court" prayer guide provided by Dallas Eggemeyer and Kay Horner, click here.

Finally, would you send us your testimonies of our conference call prayer for US Supreme Court, to both aparker@txjf.org and prayersurgenow@gmail.com?  We would be blessed to use your words of encouragement to inspire others to engage in persistent and prevailing prayer.  Please include your name, city/state, and congregation/ministry you are representing.