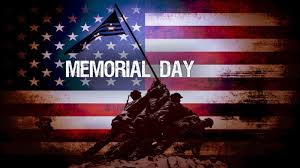 Please read details below and visit
Facebook Event: United Prayer for Our Military


Several veterans of the United States Military (see our growing list of "Veterans Confirmed as Speakers") will join us to provide critical prayer points for military personnel and their families on this special national conference call prayer. Together we will honor those who paid the ultimate price on the battlefields and intercede for the airmen, sailors, soldiers, marines, coast guards and national/state guards.  We will also include urgent prayers for those suffering from PTSD, chaplains facing tremendous restriction, famlies of our fallen heroes, retirees in positions of great influences, and Monday's Memorial Day events in DC and across America.  Please assist in promoting this UNITED PRAYER FOR OUR MILITARY during Prayer Surge NOW! 5/23 this Saturday morning, immediately after our weekly prayer for Israel, Middle East, Ukraine.


Here is our schedule/agenda with honored guest speakers for this Saturday, 8:30-11:00 am Eastern (please adjust for your time zone):
Let us engage in UNITED PRAYER FOR OUR MILITARY.  Thank you! ~ Dai Sup Han, National Facilitator, Prayer Surge NOW!

Veterans Confirmed as  Speakers
as of 5/21, listed in alphabetical order

Served on Board of Directors, Focus on the Family
Men's Ministry Leader

Posted by National Highway of Prayer at 7:45 PM No comments: